A Jodhpuri suit, commonly known as a Bandhgala suit, is an Indian formal outfit. It originated in the state of Jodhpur and gained popularity in India during the 19th and 20th centuries. The suite consists of a coat and a pair of trousers, which may or may not be accompanied by a vest. It features a shorter cut with hand embroidery and a waistcoat. The attire is ideally suited for formal occasions such as weddings and other formal gatherings. When it comes to men's ethnic attire, Jodhpuri Suits are without question the modern trendsetter. They stand out from other modern or traditional mens Indian clothing because of their exclusivity and timeless elegance.

History Of Jodhpuri Suit for Men

It was by chance that the first-ever Bandhgala suit was created. This is startling and tough to comprehend. The first-ever Jodhpuri suit outfit was inspired by Maharaja Pratap Singh of Jodhpur's wardrobe malfunction in 1987 when his luggage went missing while he was on a trip to England to attend Queen Victoria's birthday celebrations. Maharaja Pratap Singh of Jodhpur, a superb polo player on the same tour, popularised these outfits early.

In 1987, Maharaja Pratap Singh of Jodhpur travelled to London to attend Queen Victoria's Diamond Jubilee celebrations. The suitcase containing Maharaja Pratap Singh's clothing went missing during the travel. Despite the suitcase disaster, Maharaja elected not to dress in western attire for the occasion. He created the new suit and stitched it by a Savile Row tailor. When asked what the outfit's name is, Maharaja misread the question and said, "Jodhpur." Maharaja Pratap Singh and his polo squad were applauded for their performance in organised polo matches and their dress sense.

Jodhpuri Suit Outfit And Its Pieces

Jodhpuri outifits have become fashionable as fusion wear in recent years. It consists of a bandhgala coat, a vest, and a pair of trousers similar to western attire. It's made of breathable and pleasant fabrics like velvet, silk, or cotton. The sleeves and collar and the rest of the costume have beautiful designs and embroideries. Elegant buttons adorn the cuffs of the suit sleeves, which are usually a different colour than the outfit itself. The colour of the trousers might also be a contrast to the coat. A kurta pajama is traditionally worn with a Bandhgala suit. However, they can also be worn with formal dresses, chinos, casual shirts, dhoti pants, and other trendy fashions, which gives the classic Jodhpuri suit for men a more modern touch.

Tan, beige, blue, honey, gold, forest green, maroon, deep red, and other colors are preferred for wearing a Jodhpuri suit in traditional and festive events. Their flamboyant appearance complements the celebrations of the occasion nicely. However, for less formal occasions, colors such as brown, black, white, or grey are recommended.

Mirraw Online Store is well-known for providing genuine and high-quality Indian mens clothing. It would help if you made your decision depending on your individual preferences. We offer Jodhpuri suits in all sizes, so you won't have to worry about sizing. You can quickly return the jodhpuri suits if you don't like it. Rather than wasting time at the market, visit the Mirraw Online Store, add your favourite jodhpuri dress to your cart, choose a payment option, and place your order. We will transport the bandhgala Jodhpuri suits to any location in the world. So shop with Mirraw and make your life easier. 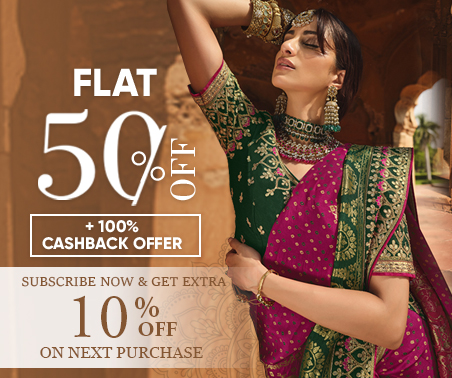